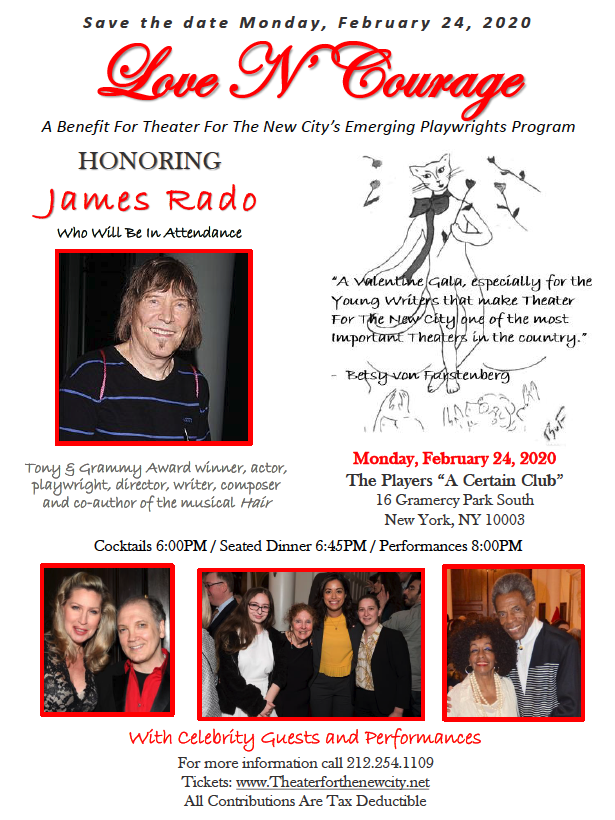 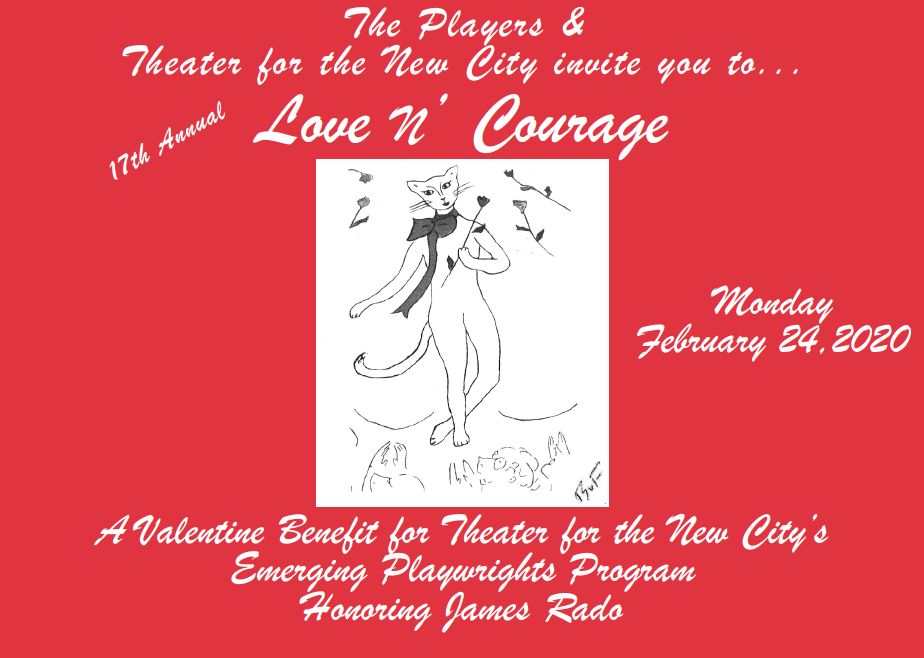 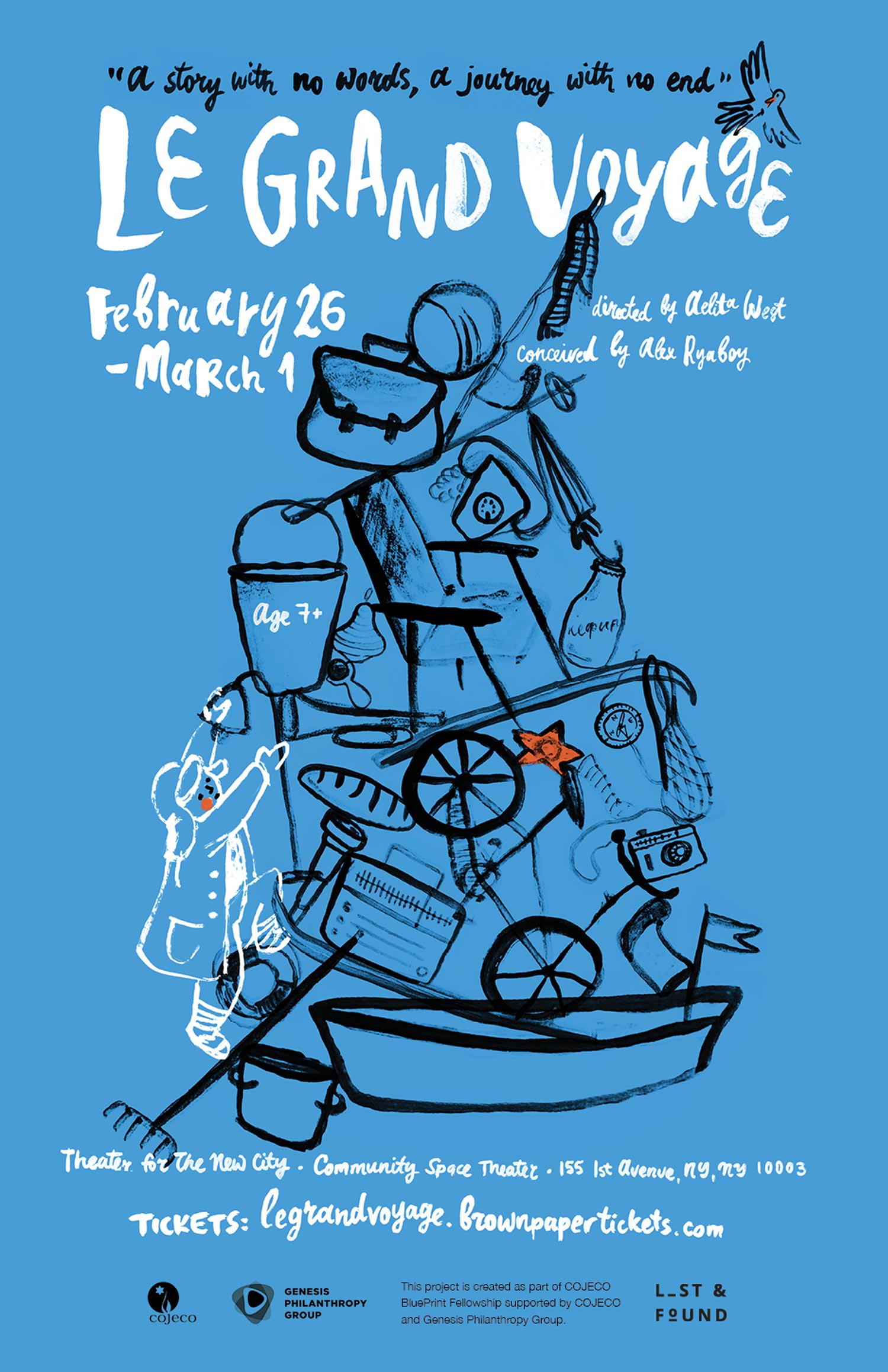 “A story with no words, a journey with no end” 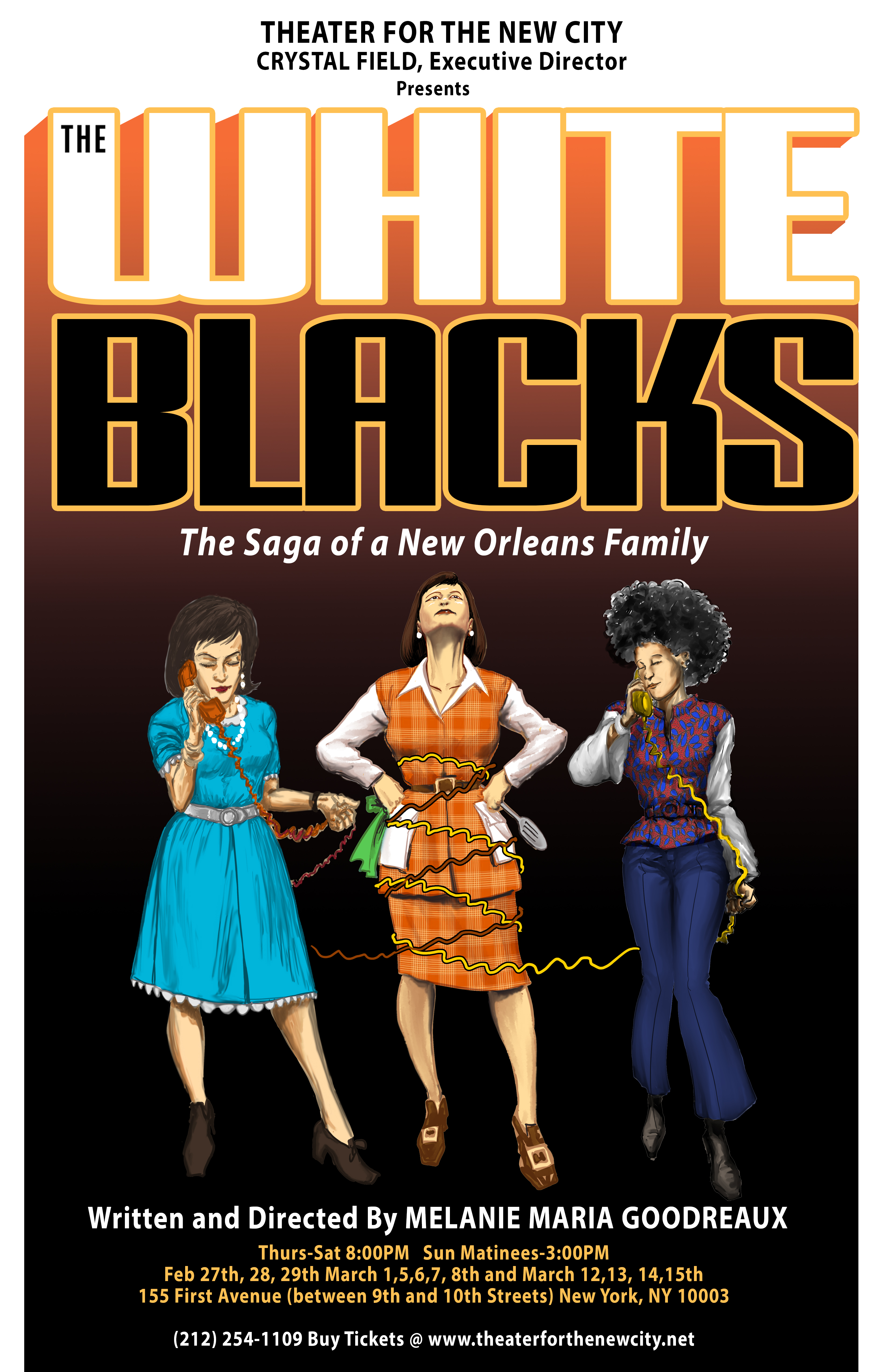 Melanie Maria Goodreaux’s latest play addresses the complicated racial distinctions that plague one New Orleans family with a line of lighter skinned African-Americans that “pass for white.” They “pretend” to be white to reap the benefits that come with ‘whiteness’ but at what cost? Love lives long in New Orleans, and here romance, family secrets, and generational curses get all mixed up in Alva’s gumbo! Buy tickets fast because Melanie Maria’s last play at Theater for the New City SOLD OUT. 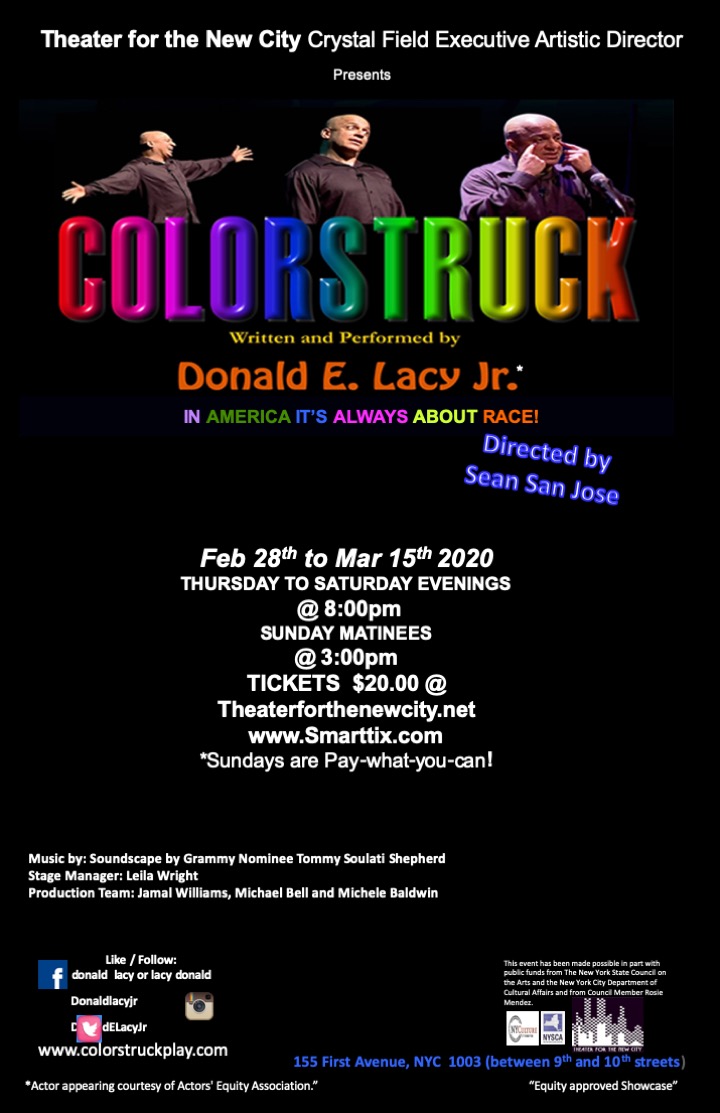 From February 27 to March 15, Theater for the New City (TNC) will present comedian/actor/broadcaster Donald E. Lacy Jr. updating his one man show, "ColorStruck," a bittersweet examination of how cultural assumptions drive American society. Since national politics provide a never-ending supply of new material, the piece is continually reshaped. The velocity of change since TNC presented the show's New York debut last year (Feb-March, 2019) has inspired Lacy to initiate a new version that reflects pressing current events. 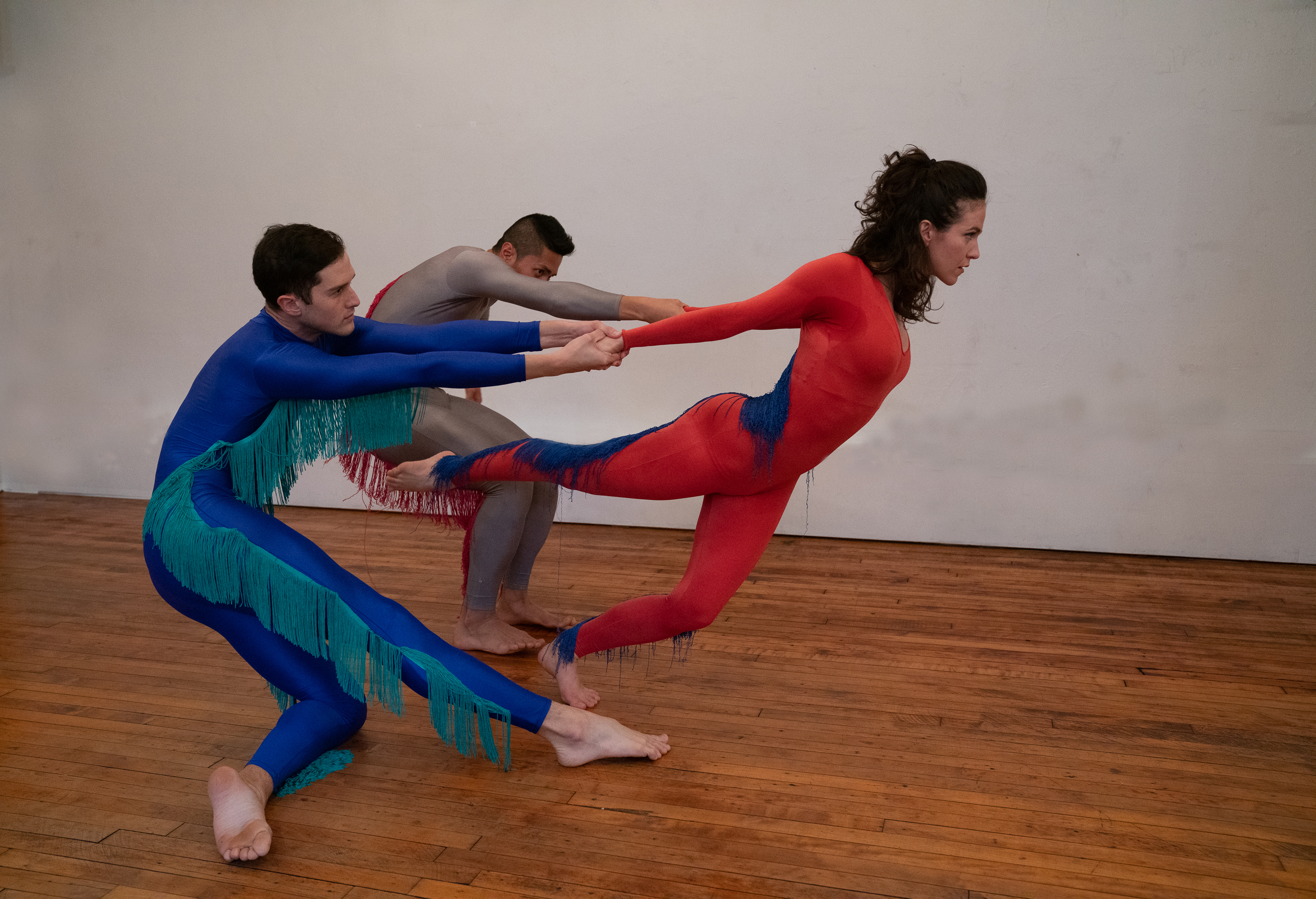 Fire is a recurrent image embodied by the dancers in Combustion, a response to world events with the recognition that fire can also be a generator of life, an agent of transformation, purification, illumination and enlightenment. 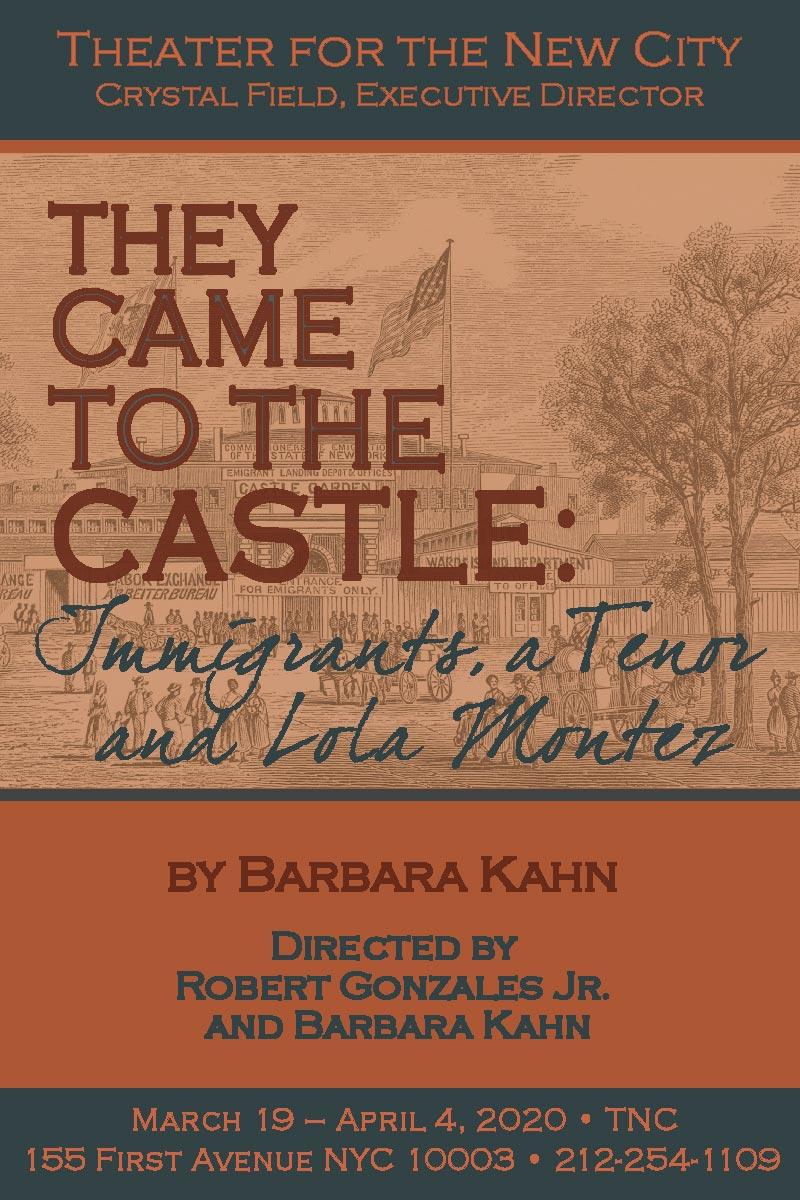 They Came to the Castle: Immigrants, a Tenor and Lola Montez is a historical play set in the mid- 19th century in a now landmarked building in Battery Park that was the entry point to the United States prior the facility on Ellis Island. Newly-arrived travelers share their reasons for immigrating and their hopes and dreams. 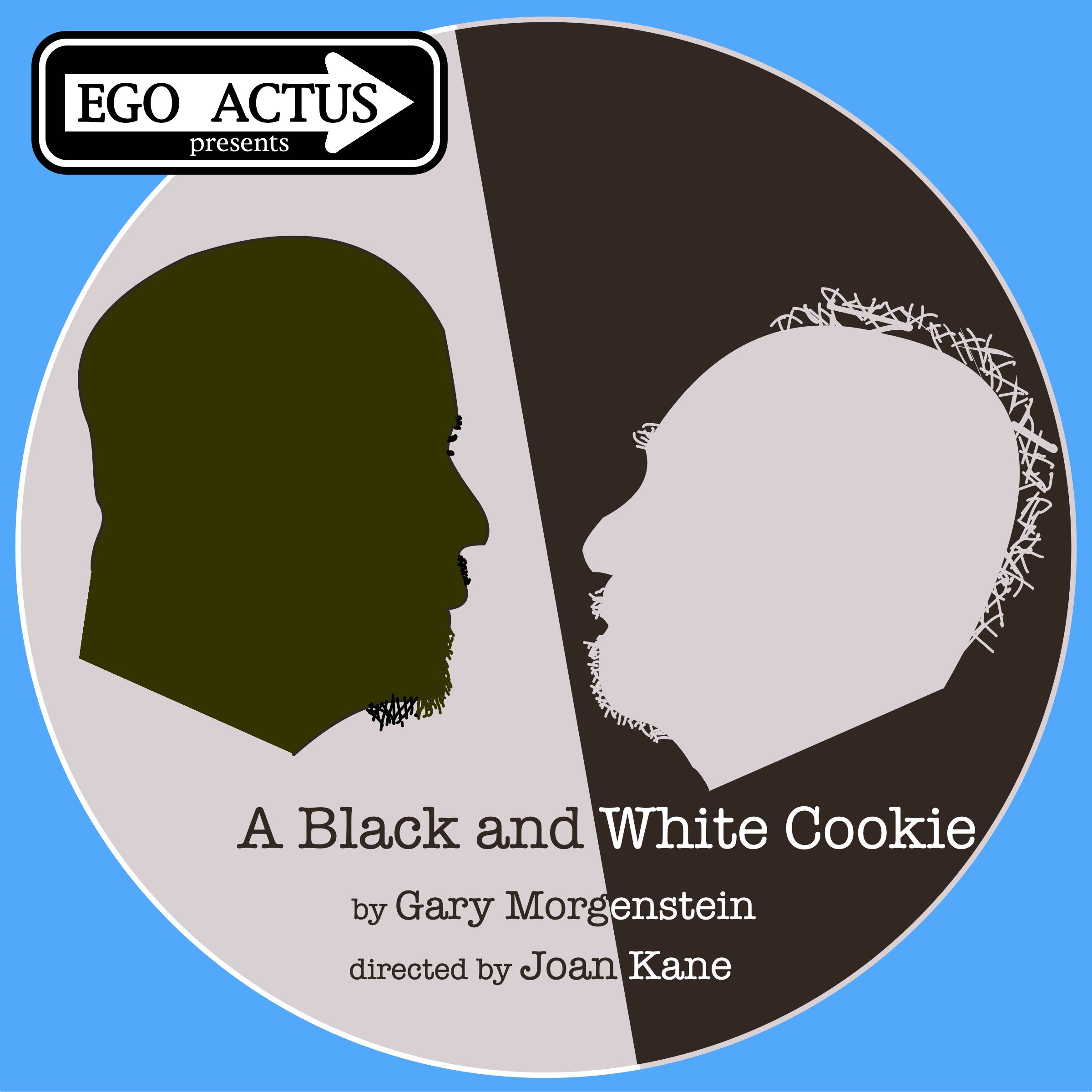 A Black and White Cookie
By: Gary Morgenstein
Directed By: Joan Kane
Wednesdays to Saturdays at 8:00pm, Saturdays and Sundays at 3:00pm, No matinee Saturday, March 28

A provocative and timely drama about a black newsstand owner and a Jewish communist who must overcome bigotry, corporate greed, and their own mortality. 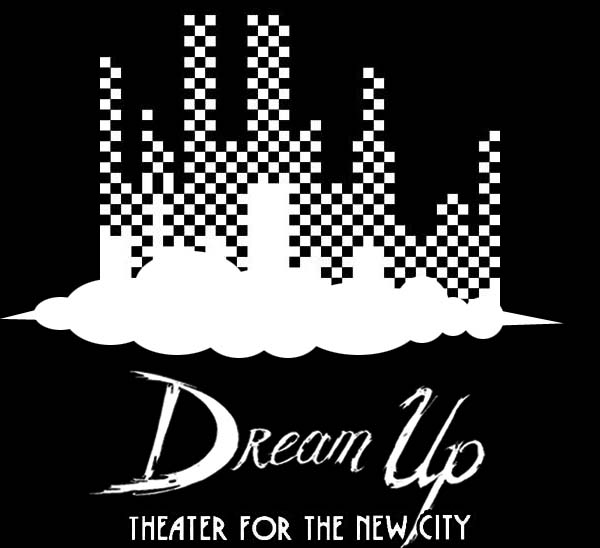 THEATER FOR THE NEW CITY’s Dream Up Festival 2020
By: Theater for the New City
Directed By: Michael Scott-Price

The motto of the festival is "Dream Up: Invent, Concoct." The festival is dedicated to new works. The question of the artist's vision to free or attack the material will be asked in each application. The festival does not want traditional theater which is presented in a traditional way. Theater for the New City wants to use this festival as a way to push ideas to the forefront with the hope of revealing roads less traveled or undiscovered. Presentation of a straightforward play must be imaginative in some way.

A Poem By Crystal Field Executive Director Theater for the New City Oh My Friends, ‘Tis the Christmas season The Best time of the Year. The Season of Good Fellowship of Joy and Love and especially Good Cheer! But this Xmas things look pretty Bleak No Protection for the Homeless and the weak. Kids Kidnapped …

END_OF_DOCUMENT_TOKEN_TO_BE_REPLACED

Theater for the New City wishes to gratefully thank Romeo Ford, in Kingston for the tremendous discount on our New Ford Ranger truck. We also wish to announce that the previous Ford Ranger truck, which we received from them, had 150,000 miles on it and it was 13 years old. Good Job Guys and Thank …

END_OF_DOCUMENT_TOKEN_TO_BE_REPLACED

THEATER FOR THE NEW CITY (TNC) is a Pulitzer Prize-winning community cultural center that is known for its high artistic standards and widespread community service. One of New York’s most prolific theatrical organizations, TNC produces 30-40 premieres of new American plays per year, at least 10 of which are by emerging and young playwrights. Many influential theater artists of the last quarter century have found TNC’s Resident Theater Program instrumental to their careers, among them Sam Shepard, Moises Kaufman, Richard Foreman, Charles Busch, Maria Irene Fornes, Miguel Piñero, Jean-Claude van Itallie, Vin Diesel, Oscar Nuñez, Laurence Holder, Romulus Linney and Academy Award Winners Tim Robbins and Adrien Brody. TNC also presents plays by multi-ethnic/multi-disciplinary theater companies who have no permanent home. Among the well-known companies that have been presented by TNC are Mabou Mines, the Living Theater, Bread and Puppet Theater, the San Francisco Mime Troupe and COBU, the Japanese women’s drumming, and dance group.TNC  also produced the Yangtze Repertory Company’s 1997 production of BETWEEN LIFE AND DEATH, which was the only play ever produced in America by Gao Xingjian before he won the 2000 Nobel Prize for Literature. TNC seeks to develop theater audiences and inspire future theater artists from the often-overlooked low-income minority communities of New York City by producing minority writers from around the world and by bringing the community into theater and theater into the community through its many free Festivals. TNC productions have won the Pulitzer Prize for Drama and over 42 OBIE Awards for excellence in every theatrical discipline. TNC is also the only Theatrical Organization to have won the Mayor’s Stop The Violence award.