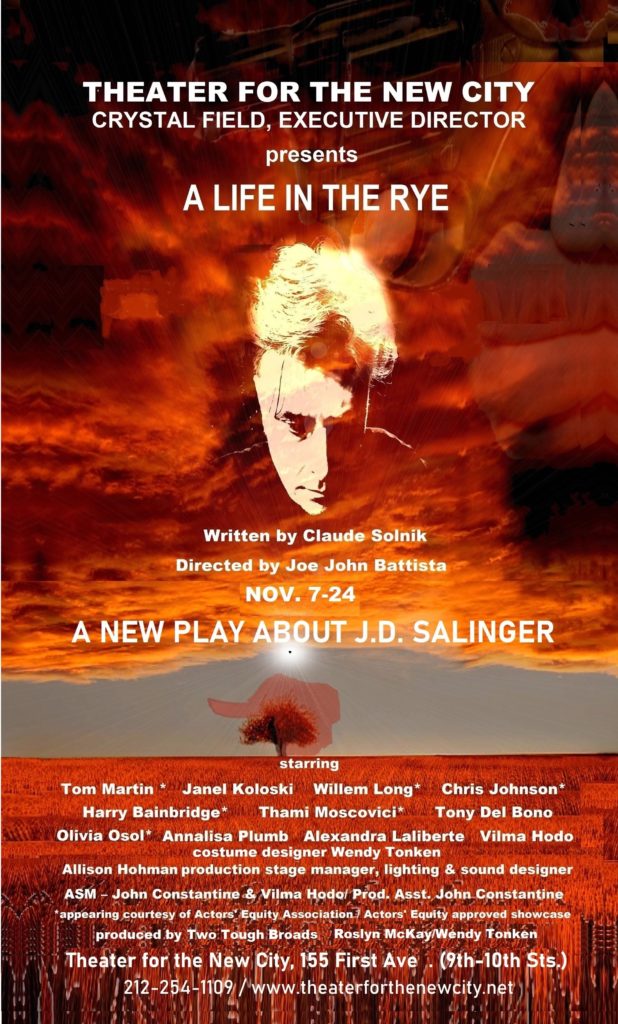 By Claude Solnik
Directed by Joe John Battista
Thursdays through Saturdays at 8:00 PM, Sundays at 3:00 PM

A Life In The Rye

“A Life In The Rye” looks at J.D.Salinger’s life and the impact that “The Catcher In The Rye” had on him, his fans, fanatics obsessed with the book and the world. The play gives insight into possible reasons that Salinger retreated from society after writing what became one of the best-selling books of all time.