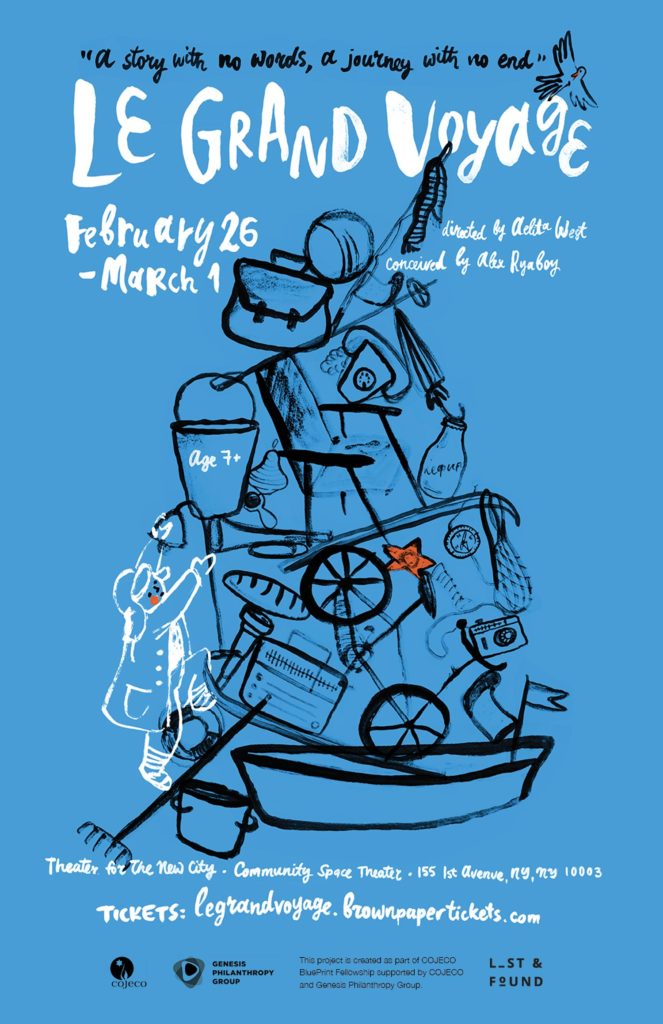 In this experimental theatrical clown fable, a family embarks on an adventure into a foreign land. What awaits them is predictably strange and surprisingly familiar. Through the language of clowning the cast tells the story of hustles and struggles that we go through when faced with the new and unknown. Le Grand Voyage is directed by Aelita West, a veteran clown in the acclaimed Slava’s Snowshow. Lost & Found Project is an award-winning troupe, founded in 2011 as a multi-faceted theatre experiment by a group of young NYC-based actors and writers.