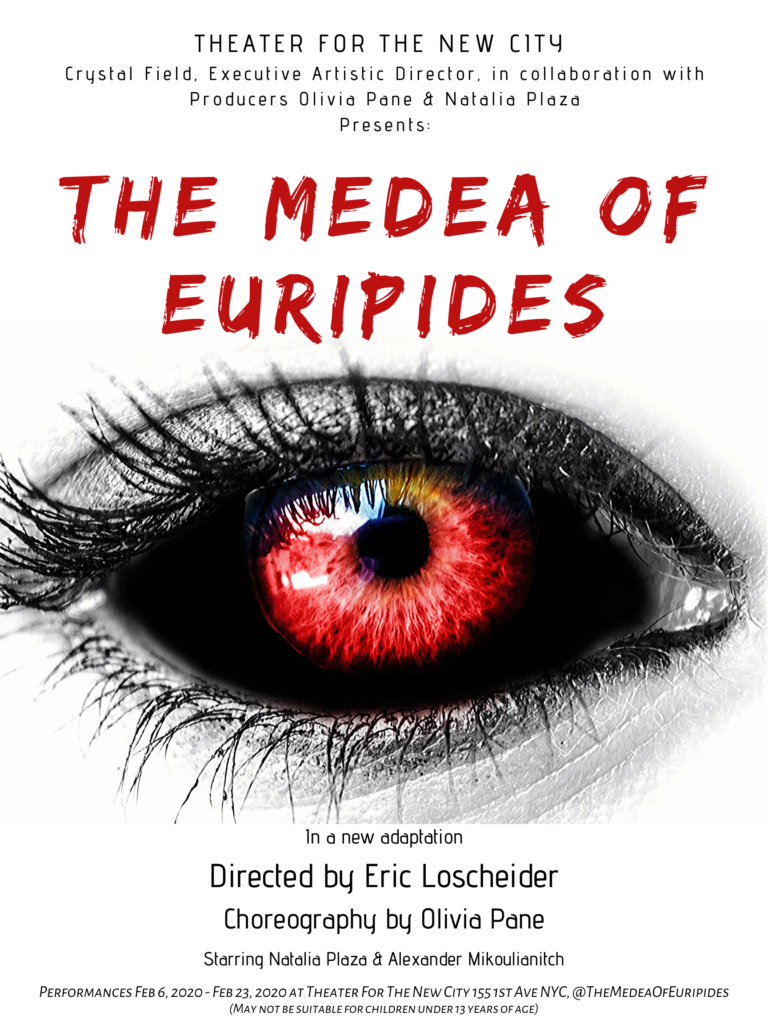 By Olivia Pane and Natalia Plaza, a passion project
Directed by and Adaptation by Eric Loscheider
Thursday, Friday, Saturday at 8PM, Sunday at 3PM

The Medea of Euripides

Euripides’ ancient tale of infanticide and sexual betrayal as viewed through the lens of a True Crime podcast, explored with physical storytelling and modern dance. Medea and her sons are forced into banishment when her partner and lover, Jason of the Argonauts, chooses to marry the princess of Corinth behind Medea’s back. Medea becomes consumed by a fiery fury and executes an unspeakable act of vengeance to reclaim control of her life, and in her efforts to requite Jason’s betrayal, she realizes that everything they have built together must be destroyed. 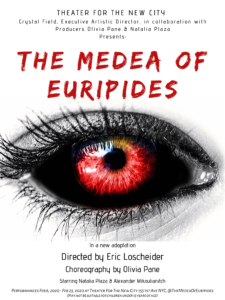