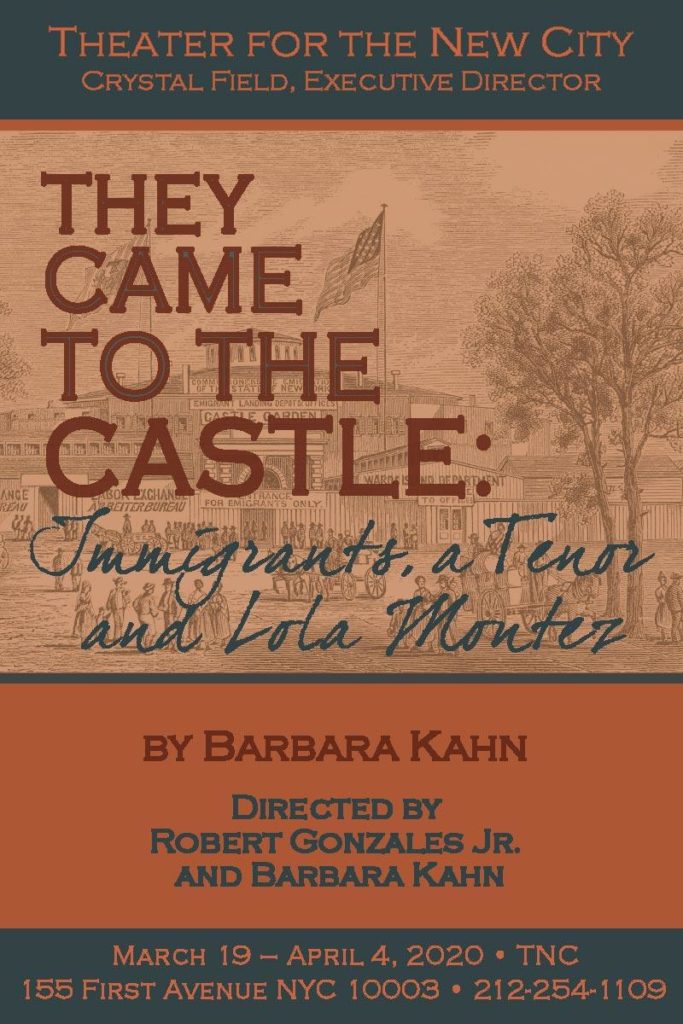 They Came to the Castle: Immigrants, a Tenor and Lola Montez

They Came to the Castle: Immigrants, a Tenor and Lola Montez is a historical play set in the mid- 19th century in a now landmarked building in Battery Park that was the entry point to the United States prior the facility on Ellis Island. Newly-arrived travelers share their reasons for immigrating and their hopes and dreams. An Irishman who escaped the famine meets a free-born African-American woman in his adopted country. An Italian who escaped from forced child labor in the mines of Sicily finds love in New York. The sole survivor of a pogrom (organized violence against Jews) in a Russian village seeks safety in America from anti-Semitism and her own memories. A woman who “always felt different,” refused an arranged marriage in the old country and seeks a new life with another “different” woman. The building was briefly used as an entertainment center, with performances by famous and not-so-famous performers. In a reimagining of a night of entertainment at Castle Garden, the prominent Italian tenor Lorenzo Salvi performs along with the infamous Lola Montez, dancer, and courtesan, who recreates her notorious “Spider Dance.”

*Funding has been made possible by the Puffin Foundation, the Arch and Bruce Brown Foundation and individual donors.