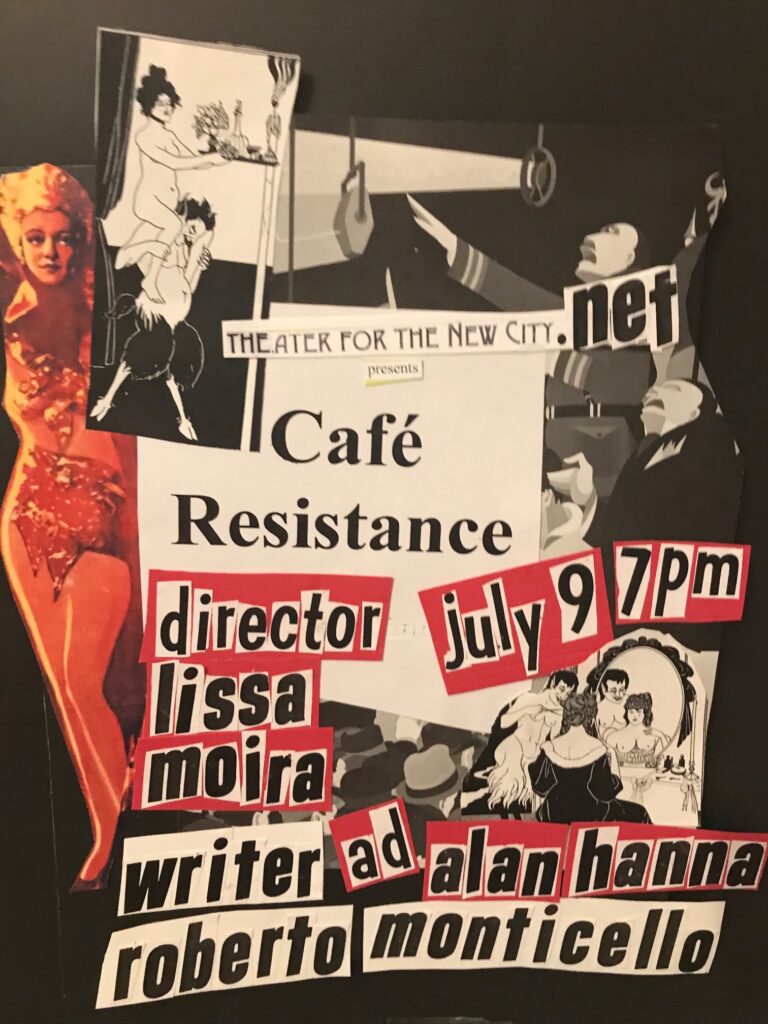 The year is 1939, the city is Paris, the Nazis are on the march, and the Occupation is about to begin. All of Paris holds its breath. Nothing and no one will be left untouched. Least of all the denizens of the “Blue Parrot” Yes the setting and the center of the action in “Cafe Resistance “ is the “Blue Parrot” a seedy cafe/cabaret/brothel, boasting an international array of ladies of the evening and oddball habitues. When the”Blue Parrot” is commandeered by the Nazis strictly for the pleasure of their officers, intrigue and politics abound, and life and death situations arise.  At the heart of it all is Louise, a dancer turned cashier who is hiding her Jewish identity and is desperate to protect her child, whom she has hidden outside of the city. Mr. Monticello wishes to dedicate his play to the women of the Resistance whom he feels have been given short shrift by history.

Our Cast in Alphabetical Order