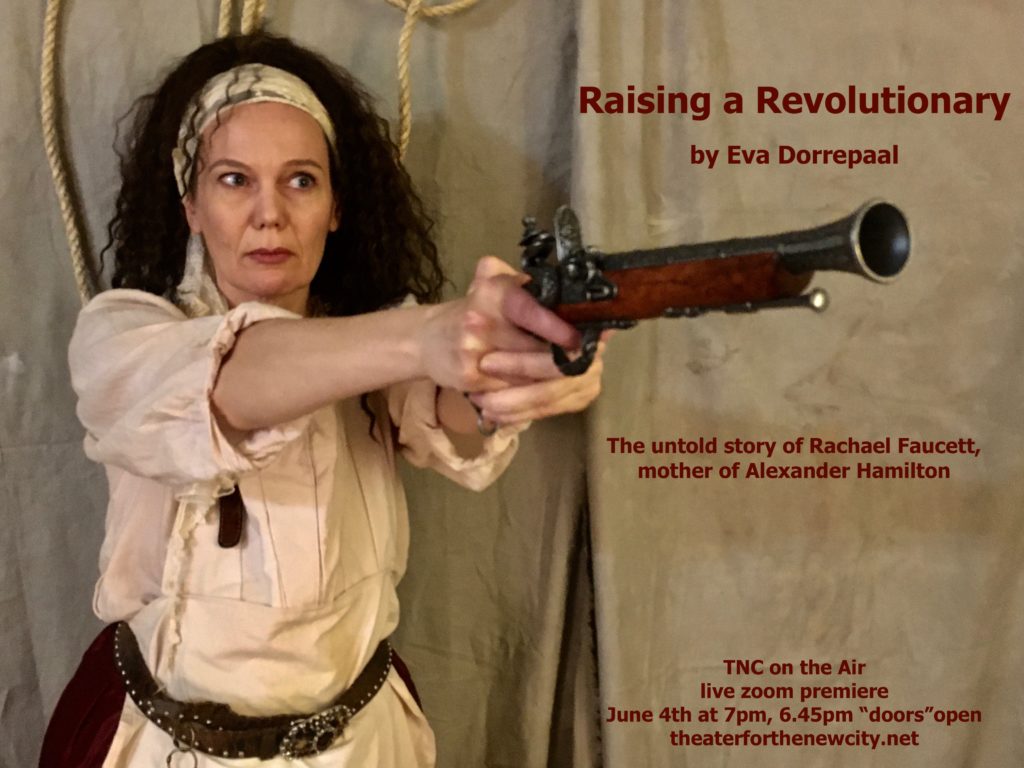 With a criminal record and a vengeful ex-husband, Rachael Faucett attempts to keep food on the table and prepare her son – Alexander Hamilton – for the harsh realities of the 18th century Danish West Indies.

Eva Dorrepaal has appeared in more than 40 independent films that have been screened in more than 50 film festivals, including Cannes, Toronto and Sundance. She authored and performed two solo shows and had numerous appearances in European TV programs. After studying acting and directing in the Netherlands, she was invited to travel to former Yugoslavia, to perform and live with the renowned KPGT theater group during the Serbo-Croatian war. She has played leading roles in almost all of Edwin Brienen’s feature films, which have been shot in Amsterdam and Berlin. In the late 1990’s, Eva moved to New York, where she continues to make films with filmmakers such as Jonathan Caouette, Jorge Torres-Torres, Onur Tukel and others. She has written three theater plays; Mata Hari, Almost Mata Hari – Lovers, Letters and Killers and Raising a Revolutionary. She is thrilled to have her premiere at Theater for the New City again.