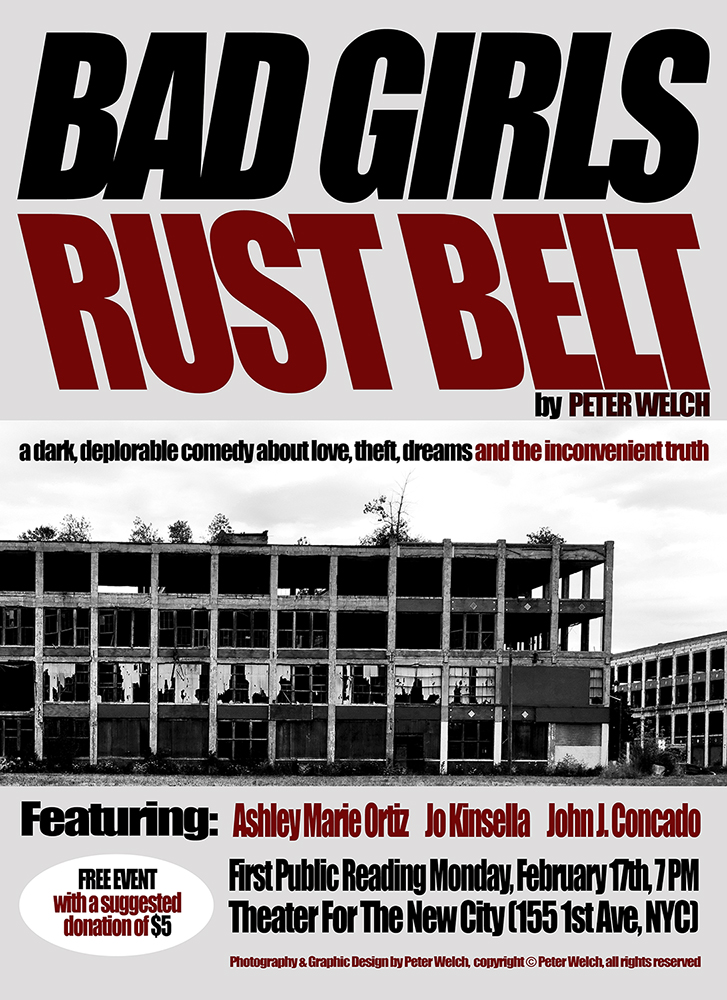 This reading is directed by Peter Welch

BAD GIRLS RUST BELT is a dark comedy about two Akron, Ohio based stick up gals whose criminal and sexual partnership has come to an end despite the fact that neither has figured out how to survive moving forward.  It’s also about the ghost of a former, abusive boyfriend who claims to hold no grudges even though the two women shot his head off at point plank range.  In this context the play humorously explores the stark choices faced by those who contemporary society has left behind, not to mention a slice of the country that will likely decide national elections for years to come.