In “The Dark Outside” by Bernard Kops, a birthday celebration for a one-armed East London tailor, who is in a life crisis, brings home his three grown children.  All are facing traumatic changes.  It falls to his wife–the family matriarch and unfailing strength–to hold the clan together.  Songs and poetic outbursts are inspired because plain speech is insufficient for the family’s powerful feelings.  This piece is the latest work for the stage by one of England’s greatest contemporary playwrights and is thematically similar to his most recent works of poetry.  Theater for the New City (TNC), 155 First Ave., will present its world premiere November 6 to 28, starring Austin Pendleton as the tailor and New York actress Katharine Cullison, for whom the part was written, as his wife.  Jack Serio directs. 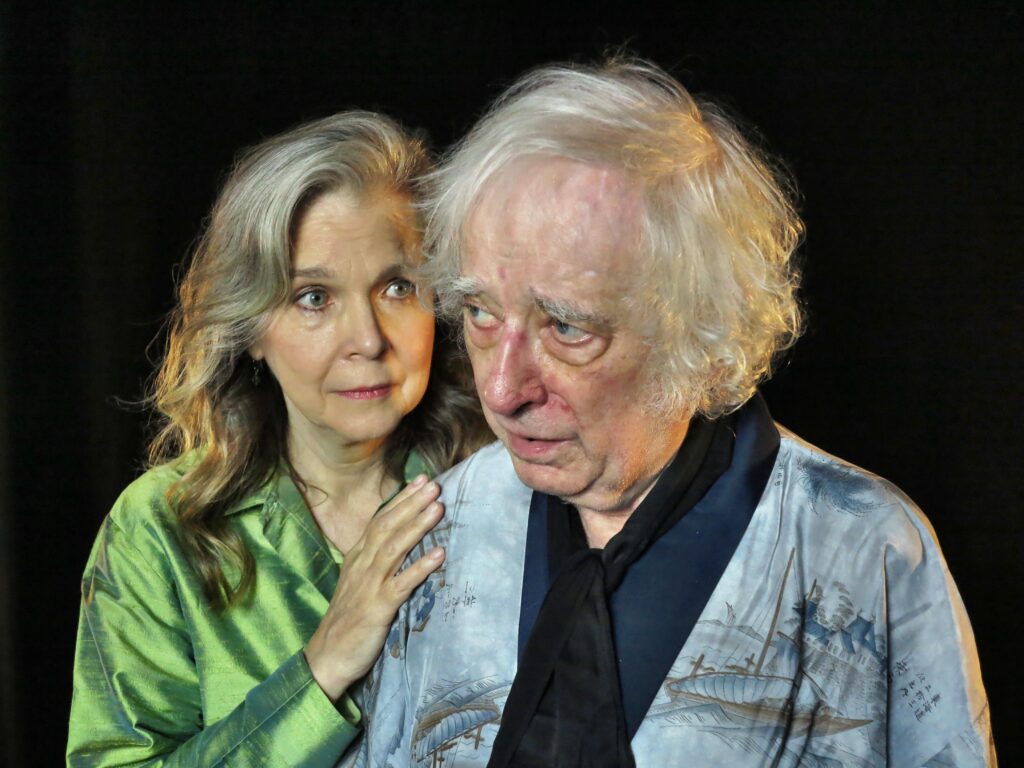 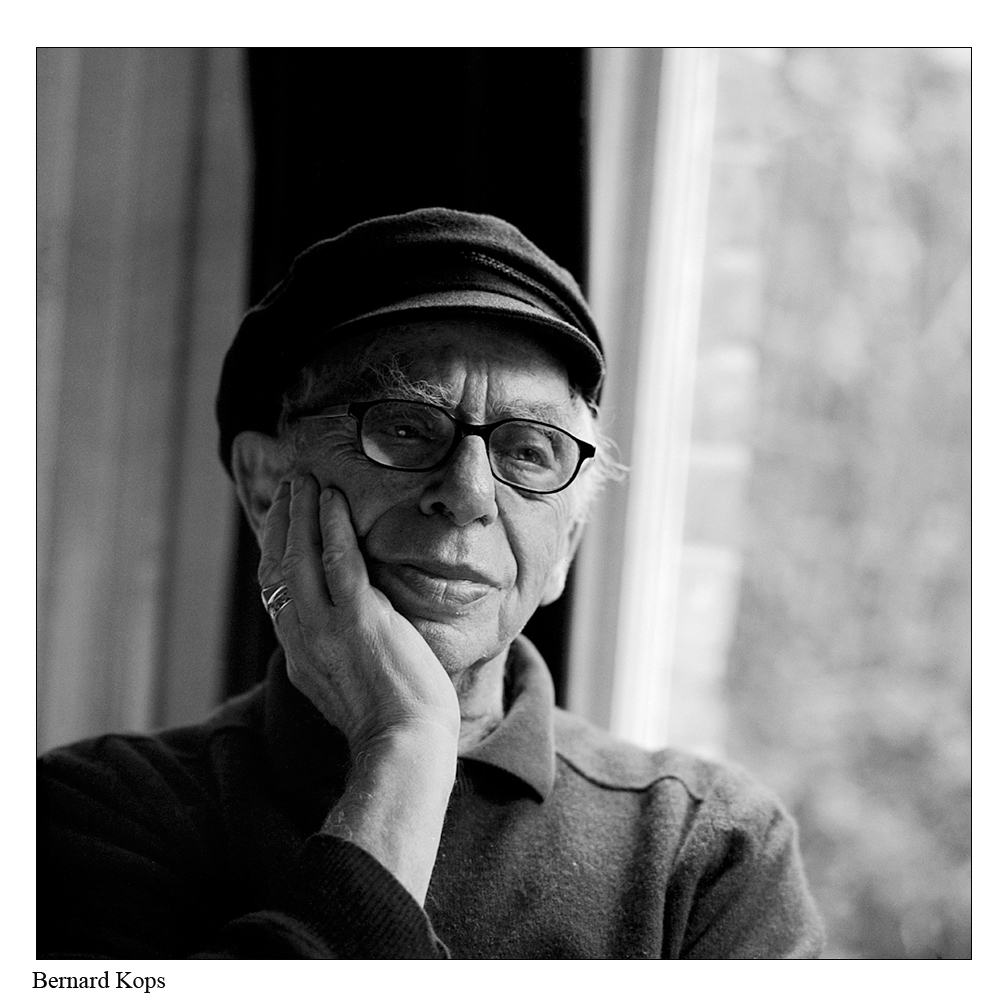 Bernard Kops is an English playwright, novelist, and poet born on November 28, 1926, in London, England, known for his works of unabashed sentimentality.
Kops left school at the age of 13 and worked at various odd jobs before beginning to write. He established himself with his first play, The Hamlet of Stepney Green (1959), a reversal of the family relationships depicted in William Shakespeare’s Hamlet, ending happily in an affirmation of the human spirit. Among his other plays were The Dream of Peter Mann (1960), an apocalyptic drama in which much of the action occurs as a dream, and Playing Sinatra (1991), which centers on a brother and sister obsessed with the legendary performer. Kops’s early life of poverty and his Jewish background informs much of his work, including Enter Solly Gold (1961), in which a con artist convinces a Jewish millionaire that he is the Messiah in order to steal his money, the surrealistic drama Ezra (produced 1981), based on the personality of the American poet Ezra Pound, and Dreams of Anne Frank (1998).
Kops’s novels included Awake for Mourning (1958), The Dissent of Dominick Shapiro (1966), and The Odyssey of Samuel Glass (2012). He also wrote the autobiographies The World Is a Wedding (1963) and Shalom Bomb (2000) as well as several radio and television plays. Barricades in West Hampstead (1988) and Love, Death, and Other Joys (2018) were among Kops’s many collections of poetry.

Katharine Cullison (Helen) received her BA in Theatre at Grinnell College and studied classical American realism at HB Studios with Uta Hagen, Herbert Berghof, Anne Jackson, and Austin Pendleton. In London, she trained with the late Doreen Cannon, former head of acting at RADA.  Credits include Sandra in “Playing Sinatra” by Bernard Kops opposite Austin Pendleton (Theater for the New City), “Dirty Linen” directed by Edward de Souza (Arts Theater, West End), “Rogues and Vagabonds” (JW3, London), “Rumcake” (Trilogy Theater, Off Broadway); “Ways and Means” (Spectrum Stage), and numerous productions at HB Playwrights Foundation.  Ms. Cullison also gave voice to the Federal Theatre Project’s “Hallie Flannigan” (opposite Tim Robbins and Simon Callow) on Art for the Millions for BBC Radio 4.  In 2011, she served as a judge for the Irene Ryan Acting Scholarships for the Kennedy Center American College Theater Festival, and in 2018 was a guest artist at Grinnell College.  She played Helen in the reading of “The Dark Outside” at London’s National Portrait Gallery.

Austin Pendleton (Paul) is an actor, a director, a playwright and a teacher of acting at HB Studio in New York, where he studied with Uta Hagen and Herbert Berghof.  His most recent New York appearance as an actor has been in “The Minutes” by Tracy Letts, which will reappear this spring.  His first Broadway appearance was as Motel in the original cast of Fiddler on the Roof; his first off-Broadway appearance was in “Oh Dad, Poor Dad…” by Arthur Kopit.  Both of these were directed by Jerome Robbins.  He is a member of the Ensemble in Chicago’s Steppenwolf Theater.  He has appeared in several hundred movies and on TV in such shows as “Homicide,” “Oz” and “Law and Order.”   He has directed Tony-nominated shows on Broadway (“Spoils of War,” “The Little Foxes”) and directed extensively at other theaters, notably the Williamstown Theatre Festival, where he apprenticed and got his start under the guidance of its Artistic Director, Nikos Psacharopoulos.  His plays are “Booth,” “Uncle Bob” and “Orson’s Shadow,” each of which has been published and produced extensively. 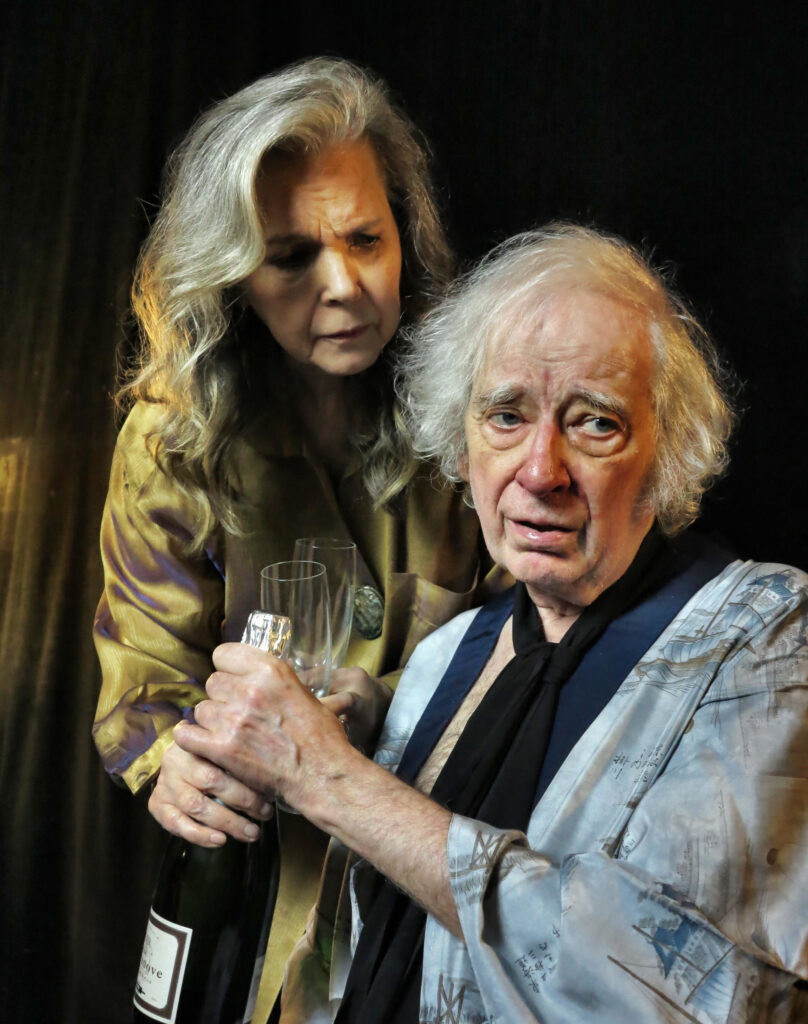 Director Jack Serio most recently directed Misha Brooks in “solo happy & grateful” at Ars Nova. Born and raised in Boston, he was the founding Artistic Director of The Boston Teen Acting Troupe, a nationally recognized professional teen theatre company.  As an assistant director, he has worked under Austin Pendleton, Alex Timbers, Lee Sunday Evans, Jason Eagan, Knud Adams, Rory McGregor, Gabriel Barre and DJ Mendel.  He was an assistant in Tom Kirdahy Productions for the Broadway productions of “It’s Only A Play” and “The Visit” by Terrence McNally.  He is an artistic consultant to actor/comedian Aasif Mandvi and occasionally writes for HowlRound. He earned a BFA at NYU and is a member of the 2019 Lincoln Center Directors Lab and the 2019-2021 SDC Foundation Observership Class.