“The Wayward Daughter of Judah the Prince” by Douglas Lackey is a picaresque, philosophically-minded tale that begins in Palestine in the late second century C.E.

Hannah is the dutiful and learned daughter of Judah the Prince, compiler of The Mishnah–the core section of The Talmud. She serves her father as his loyal daughter and scribe. When she is caught in the embrace of Sarah, her slave girl, she is faced with difficult choices: living down the “sin” by remaining in her father’s household to care for him (and marrying a nerdy rabbinical student he favors), or escaping with Sarah to far-away regions of the Mediterranean–centers of Gnosticism and Neoplatonism–where her rebellious lifestyle and intellect may be tolerated.

What develops is a sort of Thelma and Louise in the Roman Empire, in which Hannah measures herself against the conflicting philosophies of the period. The idea is for audiences to savor how these clashes of ideas presaged the conflicts between science, aesthetics and faith that now define our modern era.

The play is directed by Alexander Harrington, who has collaborated with Lackey on three prior plays of ideas at TNC. All were critically praised as explosive dramas of doctrines, romance, and politics. 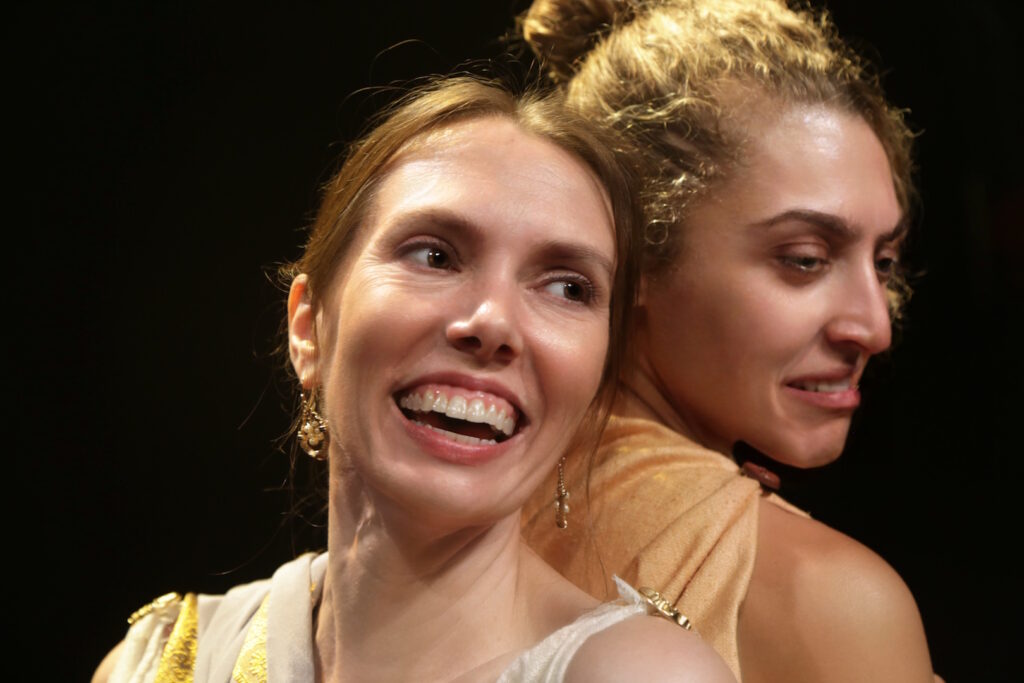