Theater for the New City presents its 46th annual Thunderbird American Dancers Pow Wow and Dance Concert live-streamed from the Johnson Theater, available at Stellar Tickets until March 7, 2021. There will be dances, stories, and traditional music from Native Peoples of the Northeast, Southwest, and Great Plains regions. The event, emceed by Bessie-winner Louis Mofsie (Hopi/Winnebago), has become a treasured New York tradition for celebrating our diversity by honoring the culture of our first Americans.  TNC donates all proceeds from this event to college scholarship funds for Native American students.  Admission is only $5 and additional donations will be gratefully accepted.  The event is recommended for all ages. Click here for tickets!

The troupe’s appearances benefit college scholarship funds for Native American students. The Thunderbird American Indian Dancers Scholarship Fund receives its sole support from events like this concert (it receives no government or corporate contributions) and has bestowed over 350 scholarships to-date. Theater for the New City has been presenting Pow-Wows annually as a two-week event since 1976, with the box office donated to these scholarships 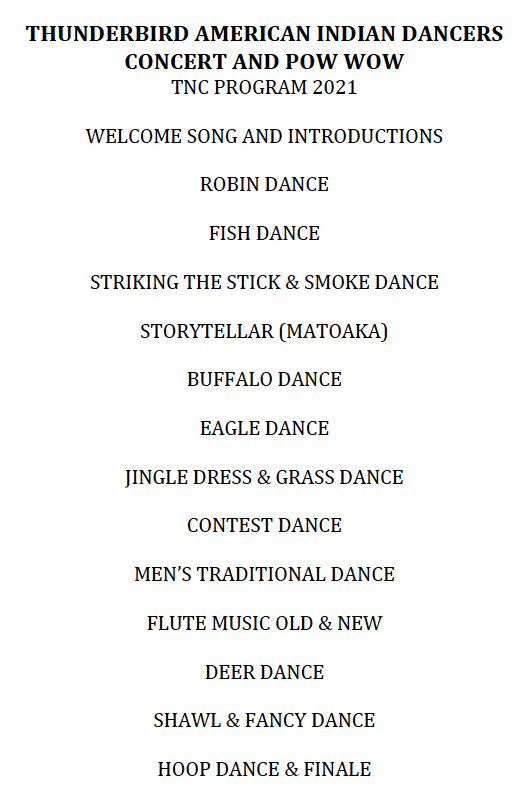