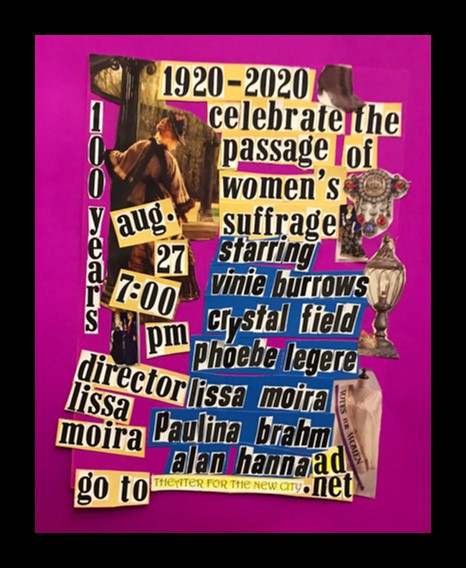 1920-2020 In a time when all Americans’ suffrage is threatened, it is important that you join us for a celebration of the hundredth anniversary of the passage of Women’s Suffrage and the struggle to win it.

Included will be speeches and scenes and articles, letters and songs that highlight moments from the life and times of such prominent suffragists as Elizabeth Cady Stanton, Ida B. Wells, Susan B. Anthony, Mary Church Terrell and more.