Skip to the content
By Claude Solnik
Directed by JD Glickman
7:00PM

The Statement follows the Board meetings via Zoom of a small, local theater group amid the coronavirus virus and the murder of George Floyd, other crimes and ensuing protests. The group decides whether and what to say in a statement that supports Black Lives Matter.  A black Board member, a successful black actor who returns and some others in the group want more than words. But when a statement itself, written by a member of the group, gets posted, they find themselves facing their own revolution. What is the role of theater in the country and community? “The Statement” looks at theater, community theater, fairness from the streets to the stage, racism, protests from the Edmund Pettus Bridge (still named for a Confederate general) to the Manhattan and Brooklyn Bridges and diversity in a play written specifically for Zoom. 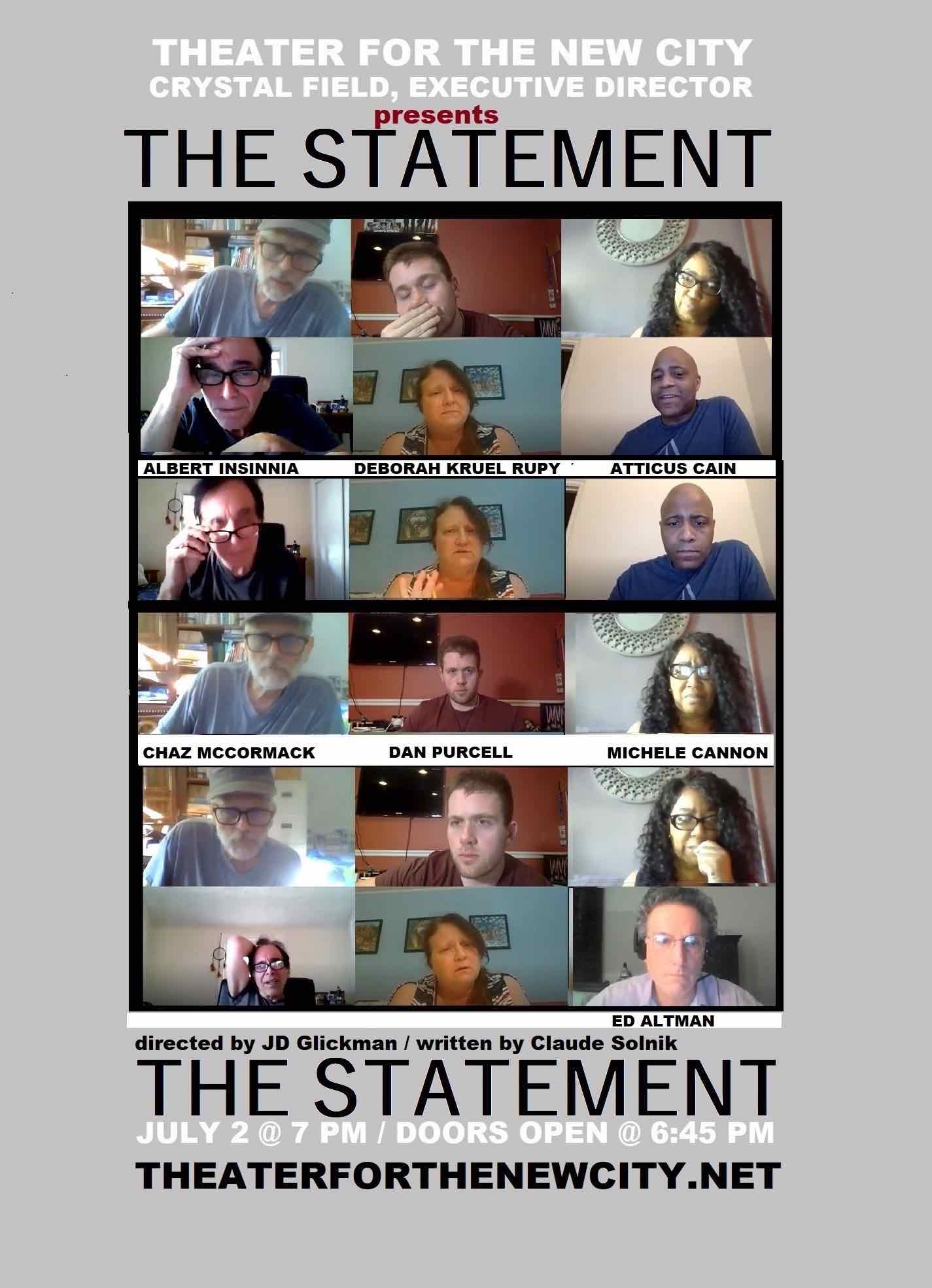 SIGN A PETITION TO RENAME THE EDMUND PETTUS BRIDGE

While “The Statement” is not about the crossing of the Edmund Pettus Bridge, when civil rights protesters in 1965 were met with mounted police, billy clubs and tear gas, it refers to and discusses that event – and the movement to rename the bridge. We encourage you to read and, if you are so moved, sign a petition to rename this bridge, now honoring a Confederate general, so it honors the protestors who crossed it instead.
Link to Petition:
https://www.change.org/p/rename-selma-s-edmund-pettus-bridge-marchon
Recent article about renaming the Edmund Pettus Bridge:
https://thehill.com/homenews/state-watch/502866-more-than-100k-sign-petition-to-rename-edmund-pettus-bridge-after-john