All performances will be displayed throughout the weekend of Friday, June 26 – Sunday, June 28 on Theater for the New City’s homepage.

Theater for the New City (TNC), in its 50th season, joins the LGBT community, family and friends in celebrating the 51st anniversary of Stonewall and the 50th anniversary of LGBT Pride. TNC, since its founding, has been accessible to artists and audiences of all races, religions, ethnicity, ages, sexual orientation and identity. TNC has presented work by Maria Irene Fornes, Harvey Fierstein, H.M. Koutoukas, Charles Busch, Moises Kaufman and other LGBT playwrights.

Don Arrington remembers his years in NYC since 1966, the Stonewall Revolution and all of those we will always love, here or absent, in his song, “Back Again,” from Back Again: On the Block. Keys Dionne Mcclain-Freeney.

Ayana Lowe is a regular at Greenwich Village’s 55 Bar, who brings her unique style to “I Am What I Am” and her original song “Free, Black and 61.”

Terry Lee King is a beloved performer and choreographer at TNC. As “The Legendary Amaz’n Grace,” Terry portrays “What Is America to Me.”

Peter Zachari’s “Coming In at Theater for the New City” featuring Peter, Lori Funk and Joey Mirabile, is a hilarious play about parents’ distressing news from their son.

Robert Gonzales Jr., a regular performer at TNC and emcee at the Lower East Festival of the Arts, will be singing “Stars and the Moon,” from Songs for a New World by Jason Robert Brown.

Nicky Paraiso is Programming Director for The Club at La MaMa and Curator for La MaMa Moves! He is a longtime friend of Theater for the New City and performer at the annual LES Festival of the Arts. 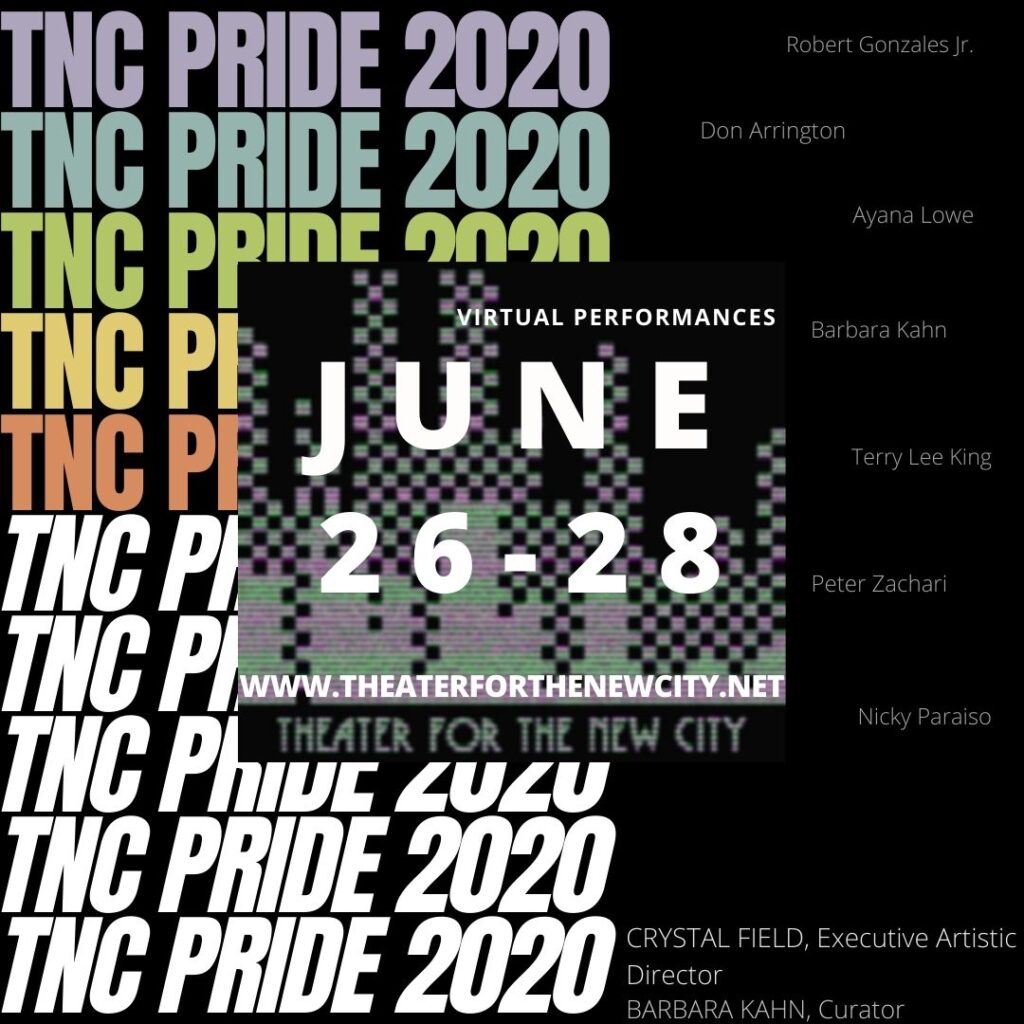