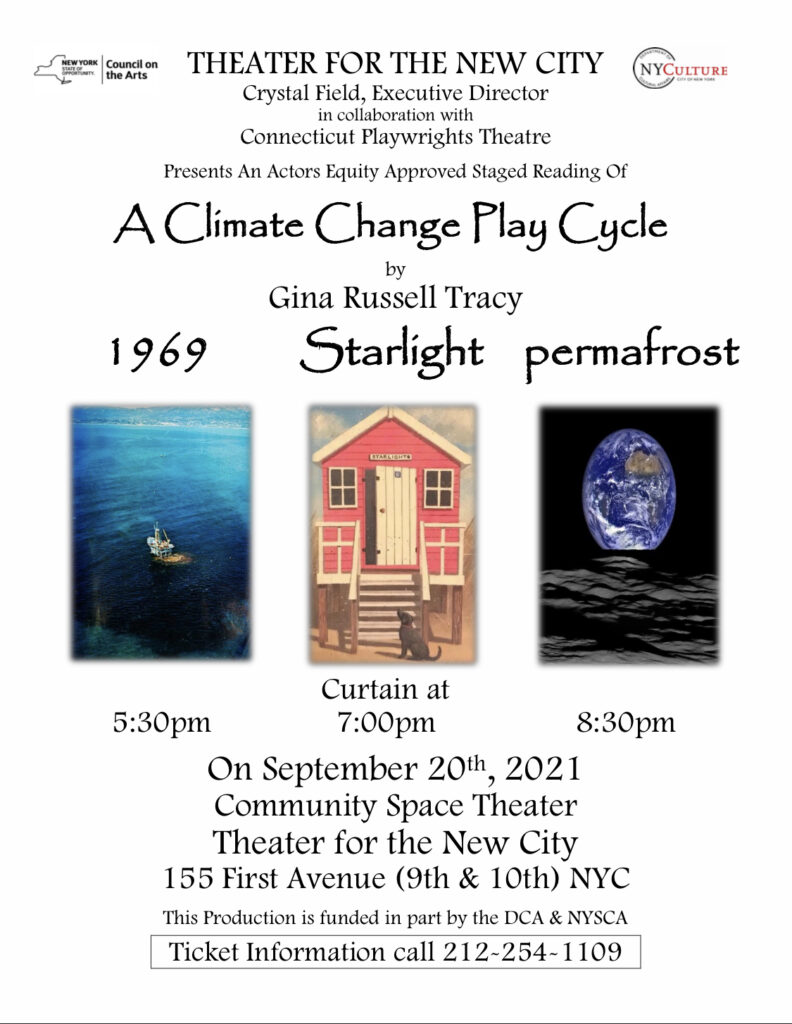 8:30 PM her play “permafrost”, which explores the existential threat to humanity through the eyes of the last scientist will be presented without intermission in an Equity Approved Staged Reading featuring Alison Fraser as The Scientist opposite Mary Tierney as The Cat.

This cycle of plays explores our country’s conflicted history with fossil fuels going back to the first major oil spill off the Santa Barbara coastline in “1969”, contemplating the current erosion of New England’s lobster fisheries with global warming in “Starlight”, and looking ahead to a scientist who’s discovered early research from the mid-19th Century by Eunice Foote which warned of the atmospheric harm of carbon monoxide and its potential impact on all life forms on the planet.
All Readings are being presented at no charge to the audience, but there is a $5 suggested donation.
Masks are required by all except performers on stage during their performance, and with fully vaccinated ensembles in accordance with Actors Equity Association’s Staged Readings Guidelines; seating is limited and reservations may be made at 212-254-1109.