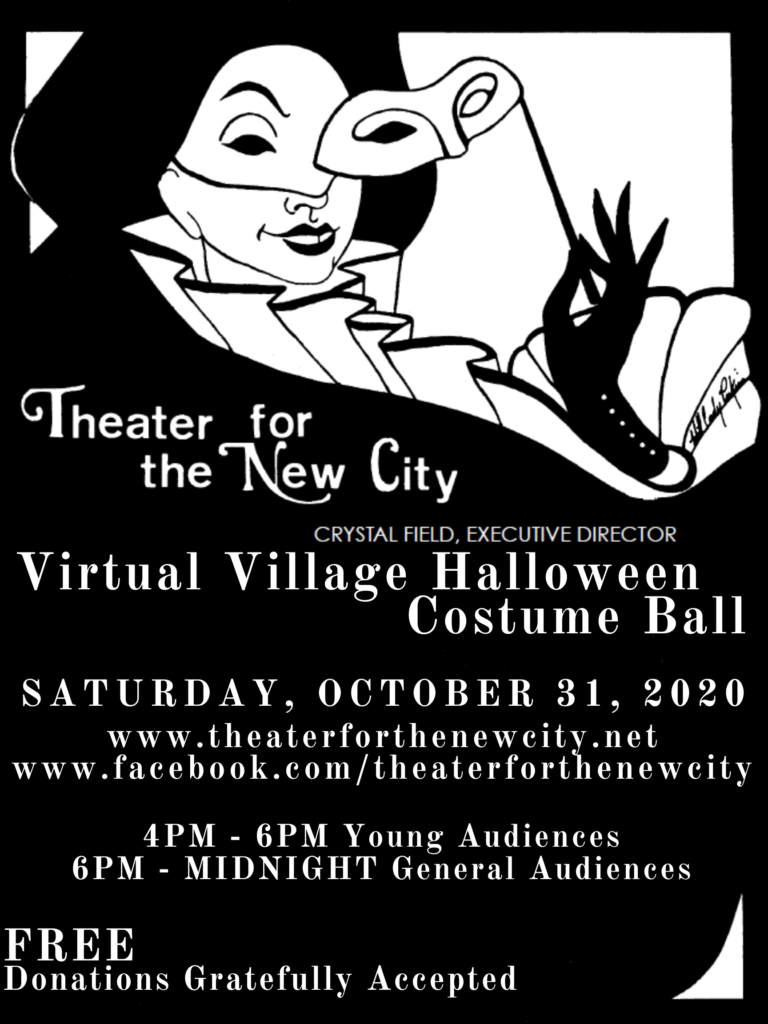 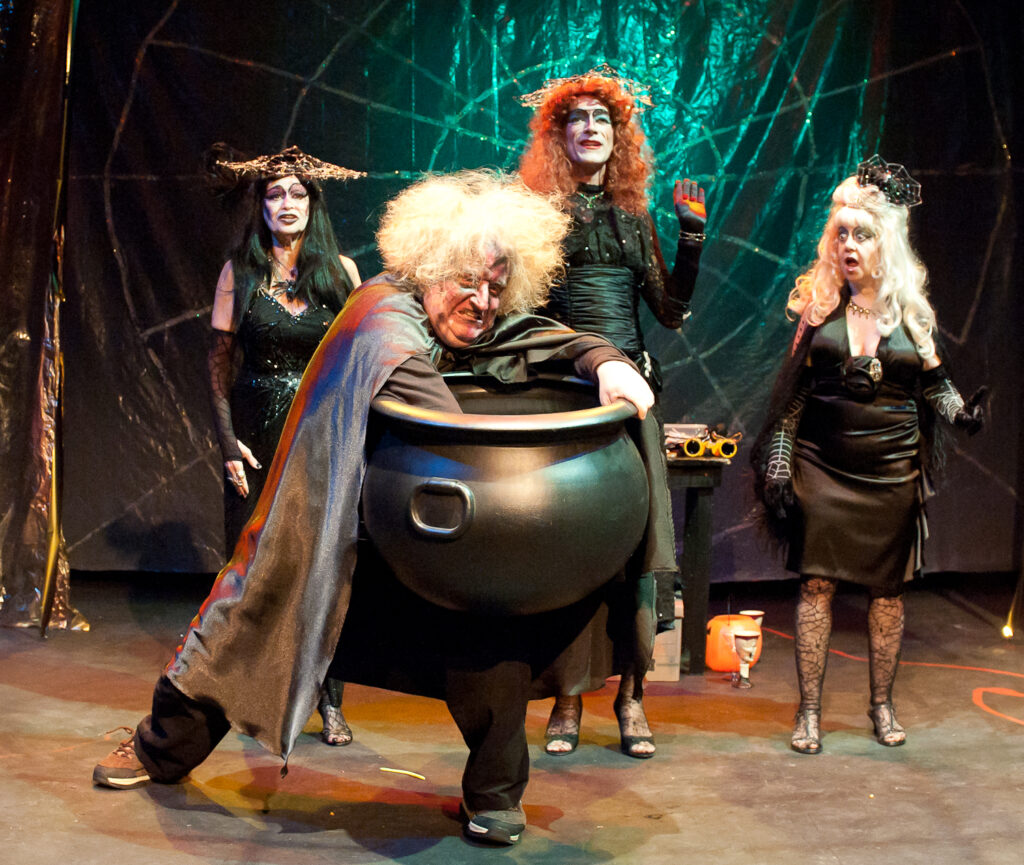 Theater for the New City (TNC) has presented its Village Halloween Costume Ball since 1976 and is unwilling to break the tradition during the pandemic.  So the organization will present the celebration again this year for the 44th time, but virtually.  An evening of Halloween cabaret theater is planned, with six hours of performances to be broadcast Saturday, October 31 from 6:00 to midnight for general audiences and 4-6 for young people.  Everything will be streamed on the theater’s website (www.theaterforthenewcity.net) and its Facebook page (https://www.facebook.com/theaterforthenewcity).  For Halloween we only accept, Current, Edgy, Sexy, Funny, or a combination of both. Nothing serious. Only new works will be presented.  Attendance will be free but donations will be gratefully accepted. 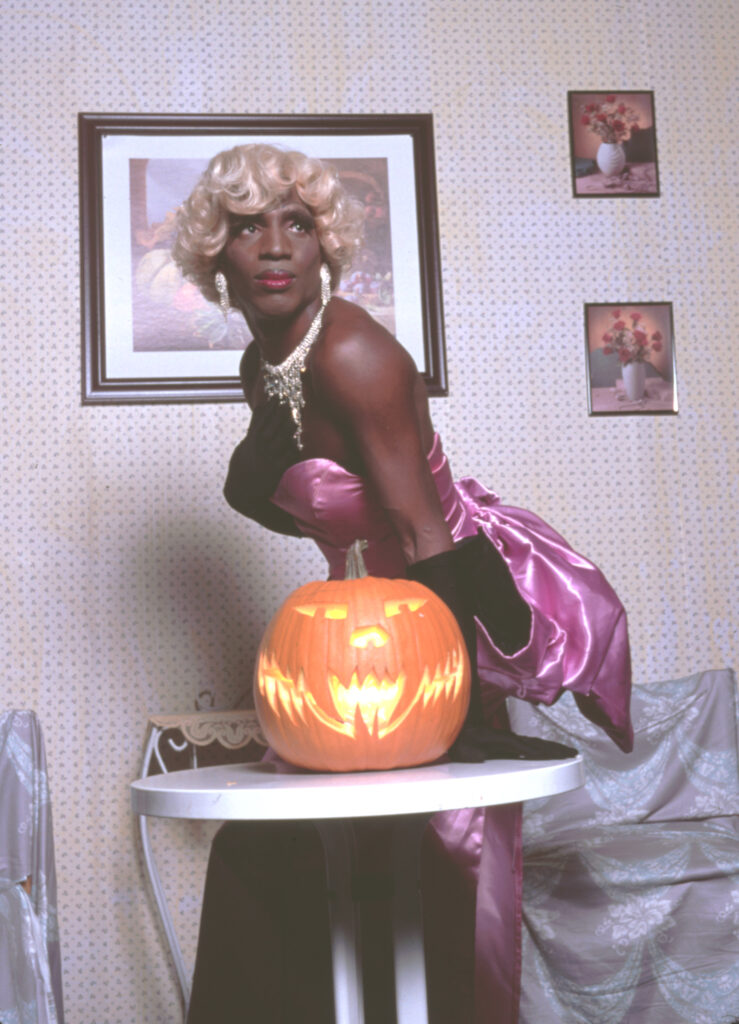 Interested performers of all disciplines are invited to apply by sending a one-page synopsis and description of their act to info@theaterforthenewcity.net between September 15 and October 5 to request a spot. All submissions must be new works and the maximum duration is ten minutes.  Selected one-to-two person Halloween acts with social distancing will be invited to be videotaped by a TNC technician.  Tapings will be done approximately from October 6 to 15.  Tapings will be staged in TNC’s Community Theater on a Halloween set, with professional lighting and minimal props and set pieces.  After Halloween, the artists will be free to download and use their recordings any way they wish.  Acts must be rehearsed, cast and organized before their taping dates. The theater cannot provide rehearsal space or a technical rehearsals prior to taping.

TNC’s Village Halloween Ball, an explosive fall tradition, is always held on the actual night of Halloween and celebrates the creative fertility of the season.  Since its beginning in 1976, it has been a point of origin for many of the City’s most original entertainers. Six full-length plays have grown out of playlets written for the fest and it is probable that the theatrical movement in Performance Art began there. It has been a launching pad for such formative artists as Paul Zaloom, Alice Farley, Bloolips, The Red Mole, Penny Arcade, Basil Twist and Alien Comic Tom Murrin.  Each year, many acts, skits, sketches, and skadoodles go on to become the basis of larger theater works. It is also interesting to note that TNC originated the Village Halloween Parade as part of its annual Halloween Ball. The procession wound its way through the Village from TNC’s second home at the corner of Jane and West Streets to Washington Square Park. Ordinarily the observance takes up every available inch (both floors) of TNC’s multi-theater complex at 155 First Avenue (the former First Avenue Retail Market building) and adjoining outdoor spaces.

TNC has adapted all its major events to live streaming since the pandemic forced New York’s legitimate theaters to close to audiences.  TNC live streamed its Lower East Side Festival of the Arts on Memorial Day weekend and is presently live streaming its 2020 Street Theater musical, “Liberty or Just Us: a City Park Story,” on Saturdays and Sundays at 2:00 PM through September 13. Live readings of new plays are live streamed every Thursday at 7:00 PM.